Make me an island

Let us, however, speak also of the churches as islands. Moreover, Scripture says in another place: ‘Many islands are converted to me.’ Would you know that churches are called islands? The prophet Isaia says in the name of the Lord: ‘Speak to the inhabitants of this isle.’ ‘Let the many isle be glad.’ Even as islands have been set in the midst of the sea, churches have been established in the midst of this world, and they are beaten and buffeted by different waves of persecution. Truly these islands are lashed by waves every day, but they are not submerged. They are in the midst of the sea, to be sure, but they have Christ as their firm foundation, Christ who cannot be moved 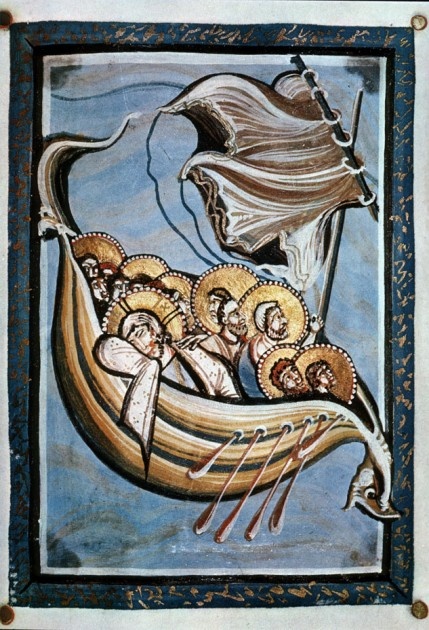 Hitda Codex - Christ and Apostles on the Sea of Galilee Islands, according to Jerome, are not easy places to live. Undergoing a constant battle with the forces surrounding them, they stand out over and against the blows of the world, yet never being completely overcome. This image provides one means by which to picture the Christian life, providing a way of understanding the struggle towards God whilst being assailed by conflicting thoughts, desires, worries—in the language of the fathers, the passions. ’Spiritually interpreted’ writes Jennifer O’Reilly ‘the islands may refer not only to all churches, set in the turbulent sea of this world, but to individual souls which are battered daily by various thoughts and temptations. These islands cannot be broken. Rather, they break the advancing waves. Their foundation is Christ : ‘behold, the isles stand fixed, and at last the sea is calmed’.

Whilst the early ascetics in the Christian East went to the desert, for the British saints one of the most natural places in which to engage in this battle was on an island. Indeed, Britain's status as an island has clearly had a great deal of meaning and significance for Christians and Christian writers reflecting on their faith and vocation. O’Reilly, in her exploration of the Venerable Bede suggests that, in the story of the church in Britain, islands act as spiritual symbols. Cuthbert, for example, subdues an island, transforming it from a hostile environment unsuited for human habitation into a place of both spiritual and agricultural fruitfulness. Meanwhile the features of Farne, separated from the world, become a symbol for the saint who, in his pursuit of the solitary life of the fathers, sets up a dwelling place so as to be able to see nothing but the heavens from inside. 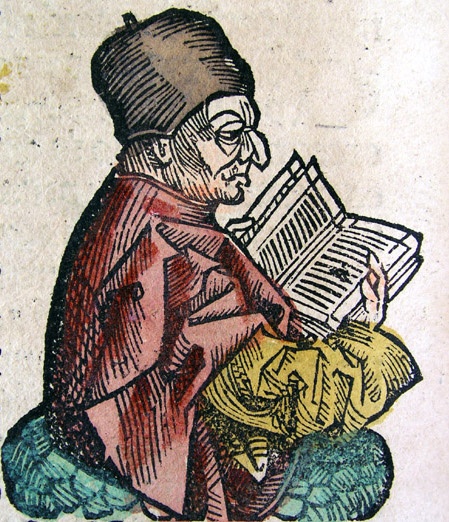 Ely is in the province of the East Angles, a country of about six hundred families, in the nature of an island, enclosed, as has been said, either with marshes or waters, and therefore it has its name from the great plenty of eels taken in those marches; there the aforesaid servant of Christ desired to have a monastery

It is not just offshore landmasses which are capable of acting as islands of holiness, however. O’Reilly points out the way in which, for Bede, inland sites surrounded by trees or rivers are able to serve the same function: ‘Britain is thus portrayed as a multitude of isles. Topographically very different from each other, these ‘islands’ of diverse monastic communities and eremitical individuals, men and women, of various dates, of both Irish and Anglo-Saxon origin, of Columban or Roman formation, scattered from north to south of the island of Britain, are all distinguished by their purity of life and detachment from the carnal preoccupations of this world. All are geographically remote from Rome and Jerusalem but close to heaven.’ Britain is a holy archipelago of saints and monks seeking out God from their scattered dwelling places. Whilst some may venture out to sea in order to pursue a life of holiness, this is something which is equally possible from other locations, if they are approached in the same manner.

May Britain exult in the profession of his faith; and may many islands be glad, and sing praises in honor of his holiness

The limits of geography

O’Reilly draws out another sense in which Britain’s island nature is significant, however, and that is it’s position as an island ‘at the end of the earth’. Drawing on imagery found within the Old Testament, islands are places distant from the temple in Jerusalem, they are places associated with the gentiles, peoples enslaved to idols. Prophecies speak of the way in which God will one day reach out even to these distant islands, and they will hear his voice. This is picked up by later commentators as an image of the way in which the gospel spreads outwards from Jerusalem, as the apostles and their successors fulfil Christ’s command to take the gospel to the very ends of the earth. The kingdom of Christ is universal, and through the gospel a wonderful quote from Jerome suggests that ‘Access to the courts of heaven is as easy from Britain as it is from Jerusalem, for “the kingdom of God is within you”’. Bede’s narrative is one in which the people of Britain, as an island nation enslaved to idols, are freed from this bondage, converting to Christianity or, where they are at odds with other parts of the church, converting to the fullness of the apostolic faith.

The association between islands and saints, then, is not merely an accident of geography, but provides a means to symbolically grasp a great many aspects of faith and spirituality. As in Bede's narrative, islands are both many and diverse, reflecting the diverse circumstances and paths of the individuals that found themselves there, sometimes through circumstance, but often through individual choice. As in Jerome, they represent the distinction to be made between the Church and the world, enclosed by the sea but not simply collapsing into it. They never, however, symbolise pure isolation, and—despite Bede's concern for authority—the rich tapestry described within his narrative demonstrates in many ways a decentralised picture of the Church; an archipelago of self-sufficient communities, which are nevertheless engaged in a constant proces of contact and exchange.

The Homilies of St Jerome Volume I https://books.google.de/books?id=2MBHW1WHAbsC&printsec=frontcover&hl=de#...

This blog is created by two Oxford-based christians of Anglican and Orthodox background. Our aim is to explore the accounts of the saints who lived on the British Isles before Eastern and Western churches fell apart in the 11th century. The posts will outline the ways in which lives of saints relate to geography and cult, as well taking in aspects of pilgrimage and existing liturgical texts. One of our main interests is the monastic tradition of hermitages and isolated remote places as symbols of the inner spiritual life and prayer. Through the entries we hope to reveal the heritage of the British saints as inspiring and relevant for everyone who leads a Christian life today.